As soon as I looked out the window, I jumped out of my seat and changed into my running gear as fast as possible. Snow was rushing down from the sky. With a wind chill of -0.4 degrees, I welcomed the snow.

Two minutes later, the clouds broke with sunshine. This is the nature of lake-effect snow in Southwest Michigan. It didn’t stop me. I laced up, walked outside, asked Siri to start a one-mile run, and then took off.

The pavement was pure ice with a half-inch of fresh snow layered on top. After five minutes of running, the thought of running two miles entered my mind.

Why run 2 miles in below zero wind chills?

Compare this with the fact that I ran less than 20 miles in 2018 and close to 0 miles from 2015 to 2017. What changed? Why did I go from running zero miles per year to running at least one mile every day?

Nothing has changed my perspective on life more than David Goggins’ story. Outside of my daily meditation practice, nothing has had a more positive influence on my mind.

Atomic Habits allowed me to grasp how habits work and influence human behavior. We are habit creatures. This pushed me to keep track of a few daily habits in a spreadsheet that includes running and yoga. Doing this throughout this entire year influenced my current running streak.

Will I run at least one mile every day forever?

Yes, if I follow the path of Robert “Raven” Kraft. He’s run 8 miles every day for the past 45 years. He’s run inside a hospital, on the beach during a hurricane, and while having pneumonia. He’s crazy but inspirational. If I hadn’t stumbled upon Raven, then I may not have reached my current running streak of 150+ days.

I don’t plan on ever running inside a hospital, nor do I plan to run if a sickness threatens my life. While living in Thailand in 2015, I was hospitalized with the Swine Flu. In a 3-hour time span, my temperature climbed from 98 to 103.5 degrees. Luckily, the swine flu itself only lasted 38 hours albeit I was sick twice during the prior 2 weeks. The memory of those 48 hours will never leave me. If I had a running streak of 10,000 days, it would have been crushed.

I dare not copy Raven but I can’t wait to run 8 miles with him and dozens of others on Miami Beach in 2020.

No, if I cross off all the items on my Bucket List. I’ve never created and held onto a Bucket List for more than a few days but Matt D’Avella inspired me to change that with this video.

These are two of the things on my Bucket List:

I can’t be in a silent meditation retreat for 24 hours, let alone 30 days, unless I wave my running streak goodbye. Life is full of opportunity costs. I can’t have my cake and eat it, too.

When the fork appears, which path will I take? What will determine the decision?

This past Sunday, I explored the Japanese garden at Frederick Meijer Gardens with my parents. Upon arriving at the entrance gate, my father said, “it’ll be quicker if we go this way.” This utterance took me aback. Why rush? We went to the garden to experience nature and calmness. 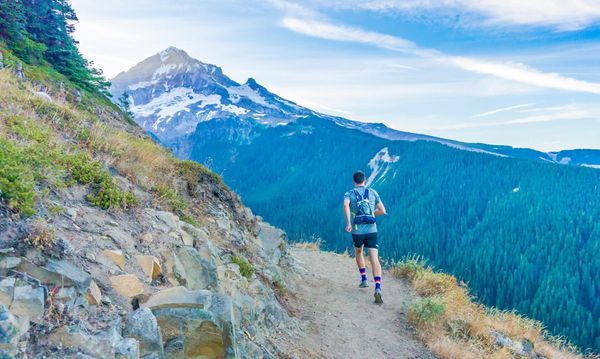 September 12, 2021 I’ve run at least one mile every day for the past 784 days. What follows are reflections on my running streak. Whether you are thinking about starting to run or are currently running regularly, there are some nuggets in this article for you. Everything is based 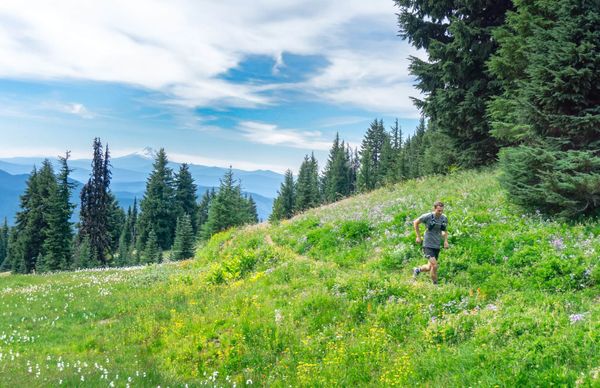 As of May 16, 2020, I’ve run at least one mile for 300 consecutive days. Am I crazy? In January and February 2019 the mere thought of running never appeared. As soon as I finished listening to Can’t Hurt Me [https://amzn.to/369pnHb] by David Goggins I