Then I stopped. I haven’t run in a race since 2010. I hardly ran for the years that followed.

In early 2019, I listened to two audiobooks that impacted my life more than any other books: Can’t Hurt Me by David Goggins and Atomic Habits by James Clear. A fire was lit inside of me and has yet to burn out. In the flash of an eye, I started to run daily. I’ve run at least one mile for 200 consecutive days.

What follows are my thoughts on running.

I don’t think I’ve run one mile during this streak without pain. Usually, it’s minor and may last only a few seconds. Other times I feel a twinge in one of my hips or sensation in my feet during the entire run. Pain reminds me that I’m alive. It reminds me that I’m lucky to be able to run every day. I always run through pain unless it’s too severe. I’m not afraid to quit.

I’ve been on my current one-mile streak since July 22nd. My streak is the result of building and tracking habits.

Raven has run 8 miles on Miami Beach every day for the past 45 years! I discovered this fact once I stumbled upon the Raven Run on Miami Beach meetup group. Having stumbled upon it the same day it was created, I was the first non-leader to join. It’s as if they were keeping tabs on my running habits and web activity. I’m currently living in Michigan but have been planning a move to Miami Beach for more than a year. The move will become official in March 2020.

Perhaps it’s meant to be? I read the book Running with Raven and plan to watch the documentary Unstoppable. I’m stoked to join this community.

I’ve owned my Apple Watch Series 3 since March 2018. I honestly don’t know if I’d be running daily if I didn’t own a wearable. I’m a numbers nerd. The data that my Apple Watch gives me for each run is integral to the joy I receive from running.

When I first started to run daily at the end of April 2019 my average heart rate was usually in the 165–175 range. My heart rate would peak in the 180s and 190s. This is too high. I was always exhausted during and after my runs. It felt rewarding but I never looked forward to the next run. I was chasing speed. I wanted to continuously set personal records.

In late June I discovered the 180 Formula by Dr. Phil Maffetone. This changed everything. For the following 2 months, my target heart rate was 144. This allowed me to build an aerobic base.

I immediately started to enjoy running; I looked forward to it. Running became easier. I had to intentionally slow down. Sure, my average mile was slower, but I stuck to the formula and ran faster over time. I still utilize this formula. My target heart rate is now 149. Aside from meditation, running is my favorite part of each day.

As I stated previously, I now enjoy running.

I’ve run in 0-degree wind chills and 100-degree heat indexes. I’ve run on iced grass and in 8 inches of snow. Today I moved my running time from 10 am to 3 pm in order to run in a snow storm. I’ve run in the pouring rain and freezing rain. I’ve run as early as 5 am and as late as 8:30 pm. I’ve run with all kinds of pain.

No matter the weather or circumstances, I enjoy the run. I’m training for today and tomorrow.

Prior to April 2019, I had never run more than 4 miles. I ran 10 miles on Thanksgiving Day, failed to run 7 miles on Christmas Day, but then succeeded in running 7 miles on February 2nd. I now plan to run in a half-marathon, marathon, 25k and, hell, maybe even an ultra-marathon.

Writing these words is beyond shocking. One year ago I had zero interest in running. I hated it with a passion. The thought to run one mile never appeared. Today, I can’t fathom not running a mile or more each and every day.

You never know how much joy you’ll receive from something until you engage in it. Even then, you still don’t know. I hated running for 10 years before falling in love.

I always practice 5–40 minutes of yoga after running. The flexibility I’ve gained over the past two years from yoga is critical to preventing injury and increasing speed. It’s part of the joy I receive from my runs. Meditation, running, and yoga are all part of my daily mindfulness practice.

I have a Running Yoga playlist on YouTube that includes all the sessions I’m currently engaged with.

I don’t own running shoes. I do all outdoor activities in my Adidas Speed Trainer 3 shoes. This includes running and playing basketball and golf. I purchased them on March 29, 2018, and by the looks of them, they may last one more year. I have zero complaints thus far. When I wear them out completely I may or may not buy running shoes. I may buy another pair of the same shoe.

While running I prefer to do nothing else. This allows for a meditative experience. Sometimes I’ll focus on how I feel or observe my thoughts. Other times I’ll engage with my thoughts by talking aloud to myself. Now and then I’ll listen to music or an audiobook.

When I ran 5k races in 2009 and 2010 I didn’t have an intentional why. I was running to beat my previous time. I wanted to continuously set a personal record. But why? I did not know. Time is just a number. I wasn’t enjoying running. Races were miserable.

Today, I run to train for today and tomorrow. When the weather isn’t ideal I know that running is the most challenging part of my day. I run to train my mind and physical body. I run to increase my confidence in other areas of my life. I run to build strength and character.

Running at least one mile for 200 consecutive days is fucking hard. Running one mile is fucking easy.

Now that I’ve engaged with this truth for the past 200 days, I’m more confident in all other areas of my life. Most things are still a challenge but each challenge has become a little bit more doable due to a mindset shift.

Are you a runner?

If yes, I’d love to connect. Please reach out to me on Twitter or shoot me an email.

If not, are you sure? Try the 180 Formula. Run a half-mile at a slow pace. If you don’t have a heart rate monitor then run at a pace that allows you to breathe in and out through your nose. Do this for a few breaths at a time.

Remember, 5 minutes is all you need to develop a daily habit. 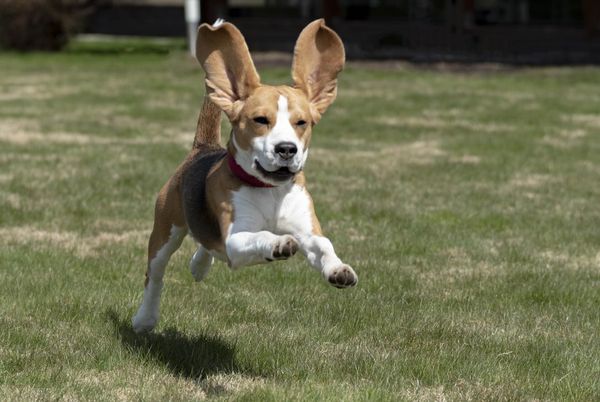 What do you want: lemons or boulders?